Skip to the end of the images gallery

Skip to the beginning of the images gallery
New

From the Royal Irish Academy of Music the RIAM Piano Album 2022 Grade 5 covers the exam pieces for: Grade 5. The exam for this book can be taken in 2022 and  into the First Period of 2023. 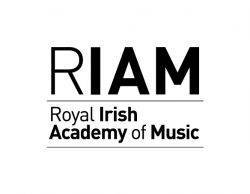 The Royal Irish Academy of Music is a home of musical excellence and dynamism, a place of teaching and learning which consistently achieves its objective of transmitting and maintaining the highest standards of performance and appreciation in all musical disciplines. Founded in 1848 the Academy is Ireland’s oldest musical institution.

As a national thirty-two county institution, the Academy embodies and reflects the traditions and heritage of Irish musicianship. The Teaching Staff includes many international and national prizewinners, members of the National Symphony Orchestra of Ireland and the RTÉ Concert Orchestra and many individuals whose names have become synonymous with music education in Ireland

With the resources of such talents at its disposal, it is no wonder that the Academy’s students have been accepted for further study at the most prestigious music institutions around the world from the Juilliard School in New York to the Royal Academy of Music in London. Today, with recently established higher education courses, the Academy is in turn able to offer the finest Irish musical training to students from all corners of the world.